If you live in, own a business in, or own property in Uptown you are eligible to vote tonight at 6 PM for the board of Uptown Planners. Show up at 3900 Vermont St., San Diego, CA 92103 to make your voice heard and have a say in the future of Uptown!  Please consider supporting the slate of candidates noted below.

Tonight, Tuesday March 1, the community planning group for the neighborhoods of Uptown, Uptown Planners, will hold a board election.  Groups like Uptown Planners, give input to the city about development, park space, and other important issues.  Per the city website “Community planning groups (CPG) provide citizens with an opportunity for involvement in advising the City Council, the Planning Commission, and other decision-makers on development projects, general or community plan amendments, rezonings and public facilities. The recommendations of the planning groups are integral components of the planning process, and are highly regarded by the City Council and by staff.”

For an idea of the topics that Uptown Planners you can view the agenda for the meeting tonight following the election.

Being a part of a planning group is a significant commitment of time and dedication to a community.  It is also a very important part of how things get built in San Diego.  This applies to buildings, sidewalks, bike lanes, housing, dog parks, and much more.

Please see the below graphic for a slate of candidates that has stepped up and organized to run for Uptown Planners. I support this group of candidates and hope you will too.  Paul Jamason at SD Urban has a thorough write up of the major issues at stake and why it is important to support these candidates.

“Let’s move beyond the priorities of traffic, parking and home value appreciation, to the more important challenges of climate change and housing affordability. We can do this by supporting Uptown Planners candidates who will work to implement San Diego’s Climate Action Plan and transit-oriented development in our neighborhoods.”

Following is a message from Bike San Diego that has endorsed two of the above slate of candidates for this election.
Tomorrow is the Uptown Planners Board Election – Tuesday, March 1st, 2016 – 6:00-7:00 p.m.

BikeSD is pleased to announce our endorsements of Ms. Maya Rosas and Mr. Joshua Clark, for the Uptown Planners Board election this coming Tuesday, March 1st. It’s time to get out the vote! 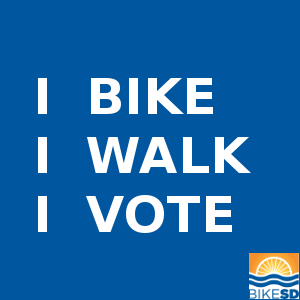 Uptown Planners is a key community planning group in the City of San Diego’s urban core and includes the neighborhoods of Bankers Hill/Park West, Hillcrest, Mission Hills, University Heights, Five Points/Middletown, and the Medical Complex. As the official planning advisory board to the City, it’s key that forward-thinking members with an eye toward fostering smart urban growth focused on active transportation, be elected to the Board. Maya and Josh are running on a slate of candidates who fit the bill. BikeSD recommends that you arrive early enough on Tuesday, March 1st (tomorrow), to meet Maya and Josh, as well as hear their recommendations for the remaining slate of candidates. A voter may vote for up to seven candidates!

Last year, our endorsement helped elect Michael Brennan and Kyle Heiskala to the Uptown Planners board, and their influence on the board cannot be understated. It was through Heiskala’s patience and willingness to educate his fellow board members that Uptown Planners voted to support protected bike lanes along all of University Avenue at their 2015 December meeting, something that could happen through city efforts regardless of SANDAG’s own project. This development was a huge departure from Uptown Planners of the past and it is only because of Heiskala and Brennan than this change was possible. So this being election year, don’t discount your voice. Opposition to safe streets and in favor of maintaining the status quo is still strong – so come out next Tuesday and VOTE!

Details of the election are below:

**To vote, an individual must present identification proving either residency, property ownership, or business ownership in Uptown. (See map of Uptown boundaries here.) Identification may include a driver’s license, utility bill, tax bill, business license, or rent receipt – any document that has the voter’s name and street address. Photocopies of documents are acceptable.**

Don’t live or own property in Uptown? If you have friends or family who live there (Bankers Hill/Park West, Hillcrest, Mission Hills, University Heights, Five Points/Middletown, and the Medical Complex), give them a call and tell them to come out.

I'm a Kansas native living in San Diego. I enjoy learning about environmental issues and connecting with good people that want to make the world a better place. Cheers! View all posts by John P Anderson